Type what you are searching for:

in Educational
by admin

The concept of dew point is very important to wine cellar owners. Excessive humidity in the cellar will cause the dew point to rise. This, in turn, will cause excess stress on your cellar’s cooling unit. In this blog post, we will examine the relationship between temperature, humidity, and dew point. We will also discuss the impact of high relative humidity on the health and longevity of your cooling unit.

What is Dew Point?

The dew point is the temperature at which the air becomes 100% saturated with water vapor. Below this temperature, water vapor will begin to condense out of the air onto surfaces. (This condensation is called dew, hence the term “dew point.”) A good example is a cold can of soda. When the can is taken out of a cooler or refrigerator, it may begin to “sweat.” The can’s surface temperature is below the dew point of the air around it, so some of the water in the air condenses on the surface of the can.

It is vital to remember the relationship between humidity and dew point. The higher the dew point, the greater the amount of moisture in the air. 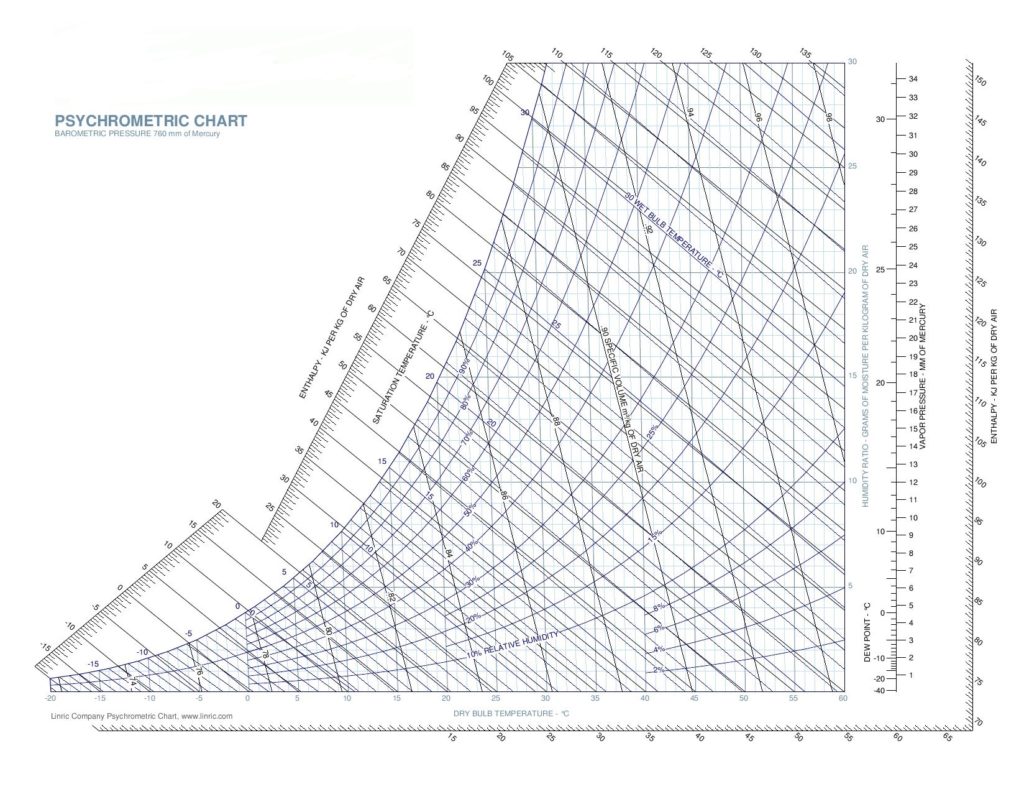 All other things being equal, and assuming that other factors which influence humidity remain constant, the relative humidity at ground level rises as temperature falls. Lower-temperature air is incapable of holding as much water as high-temperature air. So the lower the temperature falls, the less vapor is needed to saturate it. The preceding and following charts illustrate this relationship.

What Does This Have to Do With My Wine Cellar? 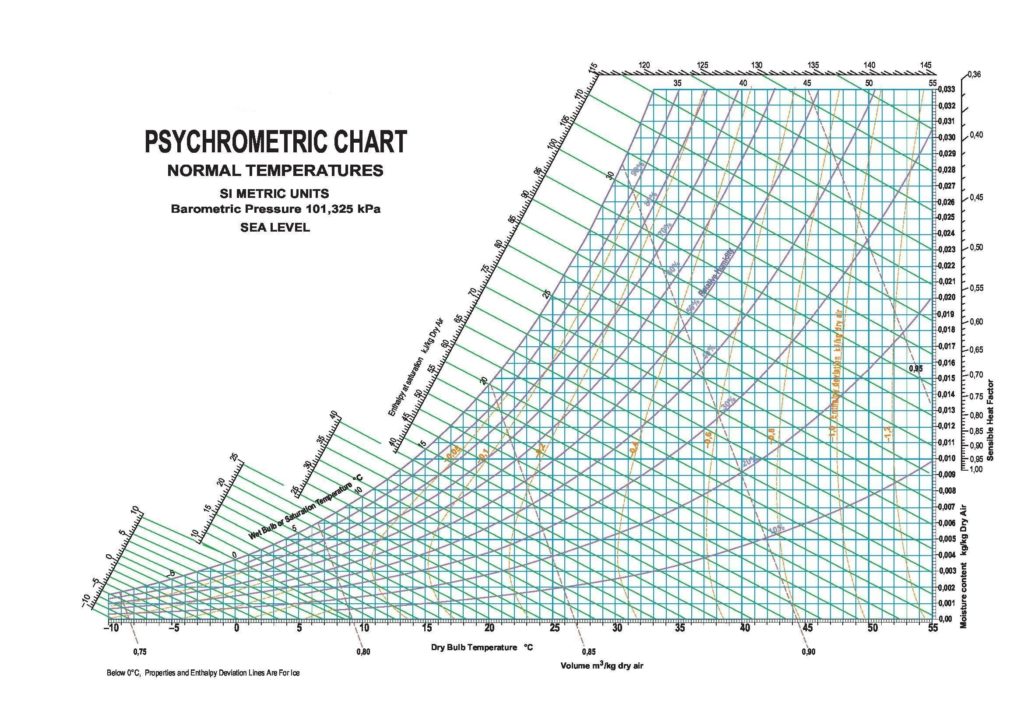 Trouble can arise when the humidity levels in the wine cellar rise too high. This could be due to the lack of a proper vapor barrier. However, this can also be due to over-humidification on the part of the cellar owner.

Referring to the chart, at a relative humidity level of 70%, and at the same temperature of 55°F, the dew point will be much higher: 8°C, or just over 46°F.

This means that if any surface within the wine cellar drops below 46°F, water will condense out of the air upon that surface. A good example is your CellarCool unit’s evaporator coil. This coil is extremely cold. The CellarCool unit evaporator fan draws cellar air through this coil. The coils cool the air, and the cool air re-enters the cellar. If the cellar air is over-humidified, an excess of water will condense out of the air and onto the evaporator coil. (This is due to the surface temperature of the coil being much lower than the air’s dew point.) This stripping of moisture from the air is known as latent cooling.

With liquid water coalescing on the coil, the coil’s effective surface area will be lowered. The cooling unit will expend energy performing latent cooling instead of providing useful, sensible cooling to the cellar. This, in turn, can negatively impact the efficiency of the cooling unit. Since the unit must work harder to maintain the temperature of your wine cellar, it must run longer. This, in turn, reduces its operational lifespan.

The Importance of Proper Cellar Construction

Several areas of the United States regularly experience high relative humidity. This includes eastern Texas, Louisiana, Florida, much of the American South and the eastern United States, and western Washington State. CellarCool customers who live in these areas should be aware of the effects of dew point on their cooling units. They should also take steps to prevent the relative humidity in their cellars from climbing too high.

This is one of the reasons why an adequate vapor barrier is so vitally important. A vapor barrier will prevent moisture from migrating into the cellar and raising the relative humidity levels. This, in turn, will keep the dew point low enough to prevent excessive condensation from forming on the evaporator coil. This will keep your wine cellar cooling unit running as efficiently as possible and extend its operational lifespan.